With a decade of Savannah kitchen experience, his under-the-radar Eden Supper Club in full swing and a food truck set to debut later this year, Jared Jackson talks the trials and triumphs of going your own way

There’s a bottom line and egos and a lot of politics in the kitchen. You hit a point where you’re like, am I just gonna sit here, or am I gonna try to create something else? I spent so many years working hard for other people. I’m not afraid of hard work, but now thinking about starting a family, it’s like — do I want to be in a back kitchen 16 hours a day and miss everything, or do I want to create a lifestyle that’s based on connection?

I’m not the first person to have this idea. It’s just a really hard thing to do. You have to have the capital, the network, the space to host. It’s a lot of trial and error, and I’m blessed to not have many “yes” people around me — especially not my wife. If something’s not right, she’ll let me know.

This is an opportunity for me to figure out what my voice is. How do I put a plate together that sounds like me and tastes like me? It’s a journey, just like anything creative, an experience to navigate through. We’re not creating new food; we’re just recasting it in a way that comes from us. Food is a vessel, but Eden’s a creative experience.

For the first meal, we went with a last supper theme — not a biblical reference, but more like, what would you eat if this was your last meal? For the next one, I was thinking about the seasons, what spring meant to me, the idea of birth and rebirth. It’s based on how I’m feeling, what I’m reading, what’s going on in the world, I’m aware that if I got invited to something like this, with a $100 suggested donation, I’d have to think about it. That’s why the event after our next supper club is going to be an industry night — we’ll do it on a Monday so that the service industry folks can come. It’ll be a bigger place, the menu will be different and more relaxed, and the price point will be a lot lower to keep it accessible.

There’s more to Savannah’s food culture than meets the eye. Eden’s tagline is “for the culture,” like for the ethos. It’s not for any one person, it’s for the city. It’s not for me. It’s bigger than me. It’s supposed to evolve into this thing where we’re inviting chefs in to do a course. If I can build a platform where other people feel comfortable to create, then the culture itself begins to grow.

It’s a big leap. I’m introducing myself to people. They don’t know who I am, and they could have spent their money somewhere else. If you’re willing to take the chance on a Saturday night — to get a babysitter for the kids, come out and have a good night — then I want to make sure you enjoyed yourself, and that’s more than just the food.

We’re not showing everybody everything. You don’t get the email with the address until the night before, so you’re not planning your route. The menu’s on the table so you know what’s coming, but you don’t order. The idea is to keep you guessing. That’s how you build a community of people who really love food. We have the market. People are looking for this, and we gotta find them. edensupperclub.com, @edensupperclub 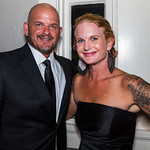 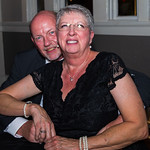 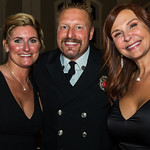