When Cole Wilson, age five, shows guests around his family’s Skidaway Island home, the tour begins in his room. Pressed to choose his favorite part—the solar system hung from the ceiling, perhaps, or the pile of monogrammed pillows—he pauses thoughtfully before answering: the candy drawer. “Come on, I’ll show you,” he says, racing down the hall. He skids to a stop outside a gorgeously appointed guest bath. “This wallpaper is new, and you should try not to touch it.” (In the words of a wise friend, if you want to know how you sound, have a child.)

The Wilsons’ stately white brick Greek Revival is a kid house—not just a house with kids in it, but an object lesson in introducing children to fine and special things. From the moment you come upon the place, with its circular drive and 20-foot-high columns, you know you’re in for a treat. Sure enough, the vibe inside those doors is high glamour with a dash of prep, something an East Coast transplant might have dreamed up in Beverly Hills had he found himself flush after a box-office hit. To put it more succinctly, the house is fabulous and fun, just like the Wilsons. 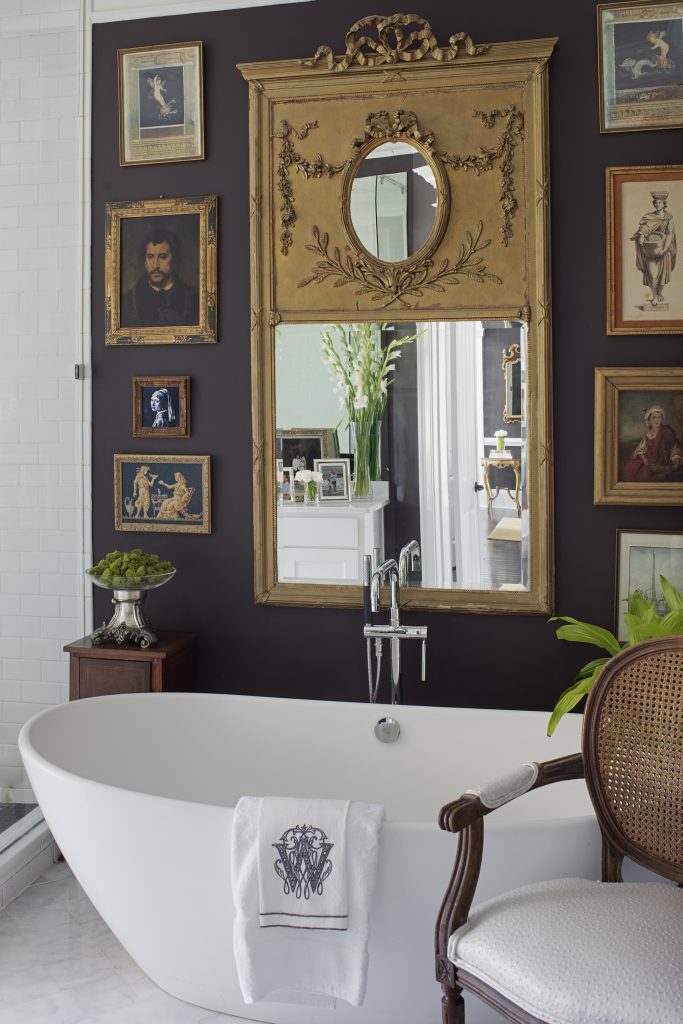 Corde Wilson, a Savannah native and co-founder of Beacon Builders, admits he came to the neighborhood “kicking and screaming” when his wife suggested a move from their Congress Street rowhouse just after Cole was born. Now he’s a happy convert—the golf cart, the pool days, the Saturday bbq sessions, all of it. And as with every good surprise, this one turned out to be a little bit fated: Though Corde had no specific point of reference as he drew up the blueprints, his mother later unearthed a sketch he’d made as a child, featuring a house like this one.

Interior design props belong to den mama Carson Cole Wilson, that rare sort of pre-Pinterest tastemaker who seems to have kept a running file of trims and finishes for her entire life. The classic façade borrows from her mother’s house on College Street in Macon, and the French doors at the back are reminiscent of a house her late father owned on Sea Island. Floors are ebonized, walls are mostly pearly gray or deep espresso, and rooms are defined by lush upholstered pieces in traditional arrangements. It’s a clean, can’t-go-wrong palette … all the better to play with.

Corde and Carson met in French class at the University of Georgia, and their home is a distillation of their two decades together—canonic in its look and feel but designed for family, circa now. “Every room gets used,” Carson says. “We have dance parties all over the sofa.” And then, with a wink: “The children, too.” This is a home informed at every turn by serious design—and yet it manages to never be too serious. The buttoned-up guest room’s cobalt backdrop gets a jolt from zippy orange accents. A wall of gilded mirrors and prints feels high-concept in the master bath, mostly because it’s the last place you’d ever expect to find it. The formal elements of a terrace-turned-outdoor living room—draperies, rugs, even a fireplace—are grounded by rectangles of kid-friendly AstroTurf. A playroom for the youngest Wilson, Bayne, is all clouds and castles, a little girl’s cotton-candy dream. 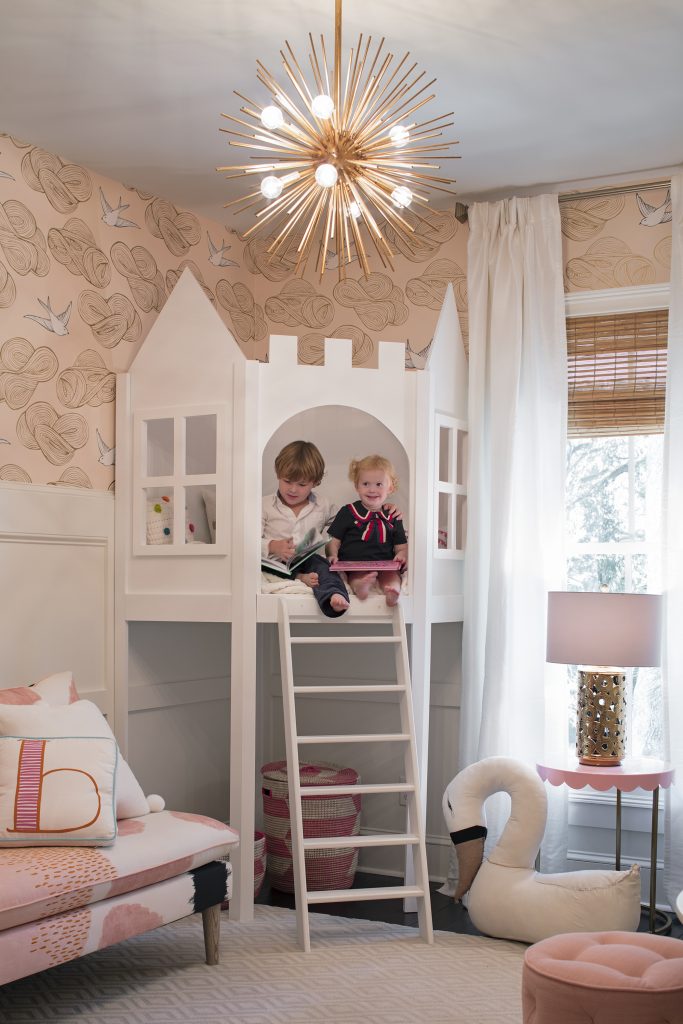 Yet the true hallmark of the home is its soulful use of art and antiques, mostly from Carson’s late father, a collector and architecture buff. “He loved to travel, and he loved to make things meticulous and pretty,” she says. In this house, there’s no space more meticulous or pretty than the formal living room off the foyer, where a decorative panel—“from a Venetian gondola, or so my dad was told”—hangs beneath a coffered ceiling, next to a wall of smoked glass mirror tiles and four shapely Horchow chairs done in sapphire velvet. Design books piled high on an entry table have dog-eared pages with old scribbles from both of Carson’s parents. (“I adore this peach color,” one reads. “Not coral, not too strong.”) A few steps away, a marble console is packed with photos in silver frames—Carson and Corde, Cole and Bayne, all the milestones and memories that make up a family.

Nowhere was the home’s essential generosity felt more than on a recent Thursday evening, when the Wilsons hosted a cultivation event for the St. Joseph’s/Candler 1804 Club. Under a white tent, Carson talked about the hospital staff’s loving treatment of her father during his six-month bout with pancreatic cancer, and she ended with a familiar Mister Rogers quote: “Look for the helpers. You will always find people who are helping.”

As guests filled the house and grounds, the scene recalled a story Carson told me earlier: After her father died, she found a note he’d written her and her brother, tucked away in a chest of drawers. It was long and funny and full of instructions, ending in the ultimate denouement: Enough, Dad.

But too much of some things—love, beauty, family, time—is never, ever enough. 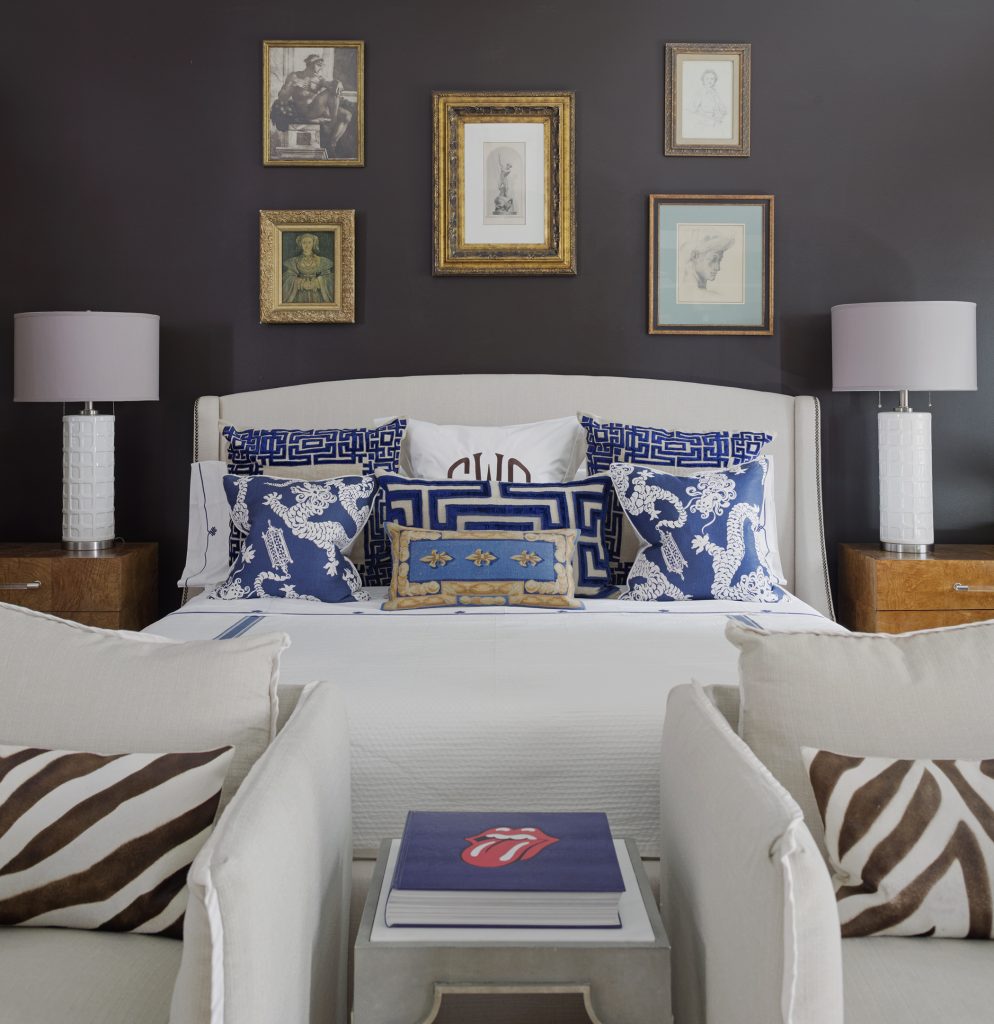